The new Jaguar XF was revealed in March this year with a public debut at the New York Motor Show. The executive sedan has since been spotted testing in India with rumoured launch dates being announced by multiple publications. Our source from Jaguar Land Rover has now confirmed that JLR will be launching the new XF in India in the first week of October. An official announcement can be expected in the next two weeks. 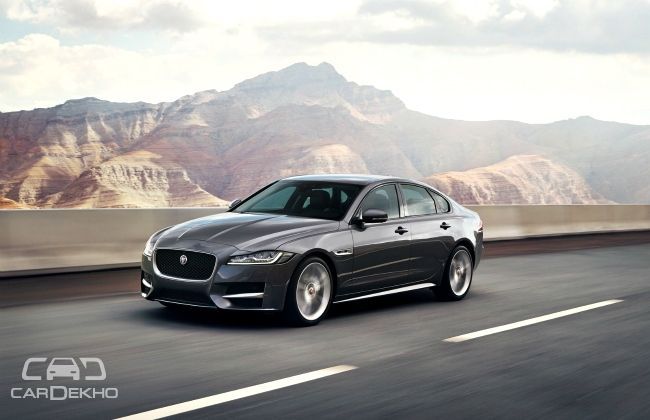 Jaguar’s mid-range 4-door sedan is based on JLR’s aluminium intensive architecture that sees its weight go down by a healthy 190kg compared to the outgoing model. The British automaker also claims the car offers better torsional stiffness and a near 50:50 weight distribution for improved handling. Apart from a new structure, the car’s wheelbase is also larger with more room on offer for your head, shoulders and knees.

Depending on the market, the new XF is offered with 2 petrol and 2 diesel engines. The diesels can be paired with a 6-speed manual or 8-speed automatic gearbox, while the petrols can only be paired with the autobox. The manual gearbox option is unlikely to be offered in India, but what we will get is a new 2.0-litre diesel engine good for 180PS of power and a 2.0-litre petrol engine that makes 240PS.

Cosmetically, it gets minor updates like a larger front grille, restyled bumpers, LED tail lights and LED headlights. In the cabin, occupants will be welcomed by a 12.3-inch TFT instrument cluster that can display the navigation interface, a drive mode selector, the ‘InControl Touch Pro’ infotainment system with a 10.2-inch touchscreen and sound systems by Meridian.

The all-new XF is manufactured at Jaguar Land Rover's Castle Bromwich plant alongside the F-Type and XJ. The car will be launched as a direct import, with local assembly likely to begin at a later stage. Expect prices to start at Rs 50 lakh.