It will be offered with petrol-auto, diesel-manual and diesel-automatic 4x4 drivetrains 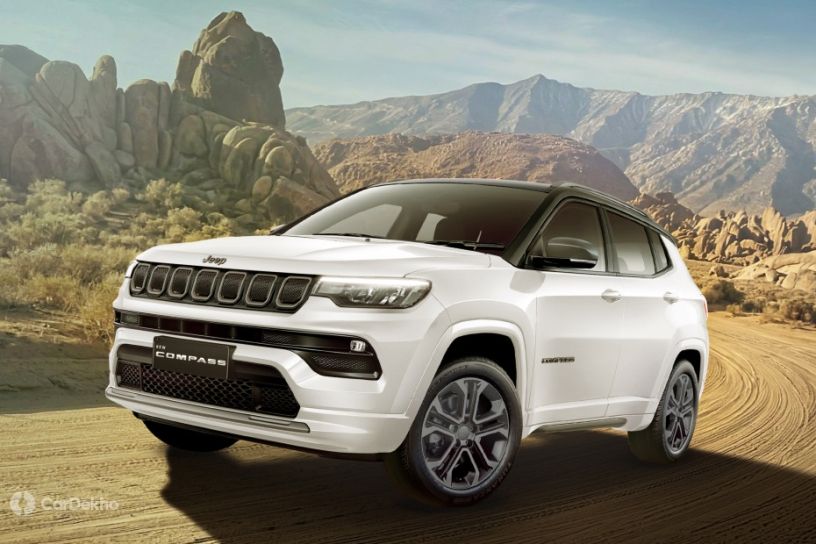 Jeep is celebrating the success of the Compass in India with a 5th Anniversary Edition.

Changes with the 5th Anniversary Edition

The commemorative edition of the Compass is primarily about cosmetic changes and a couple of feature updates too. It sports the following changes from the regular SUV:

The 5th Anniversary Compass is not based on the top variant of the SUV, but still has a rich feature list. It comes with a dual-pane sunroof, auto LED headlamps, 10.1-inch infotainment touchscreen display, 7-inch driver’s display, powered tailgate and six airbags. The special edition variant misses out on premium features like a powered front passenger seat, 10.2-inch digital driver’s display, dual zone climate control and a 360-degree view camera.

Jeep is offering the Compass with both petrol and diesel engines. The 1.4-litre turbo-petrol is mated to a 7-speed dual clutch auto, while the 2-litre diesel gets a 6-speed manual. The diesel engine is also offered with 4WD using a 9-speed automatic.

The special edition variant is priced as follows:

(all prices are ex-showroom)

1 out ऑफ 1 found this helpful