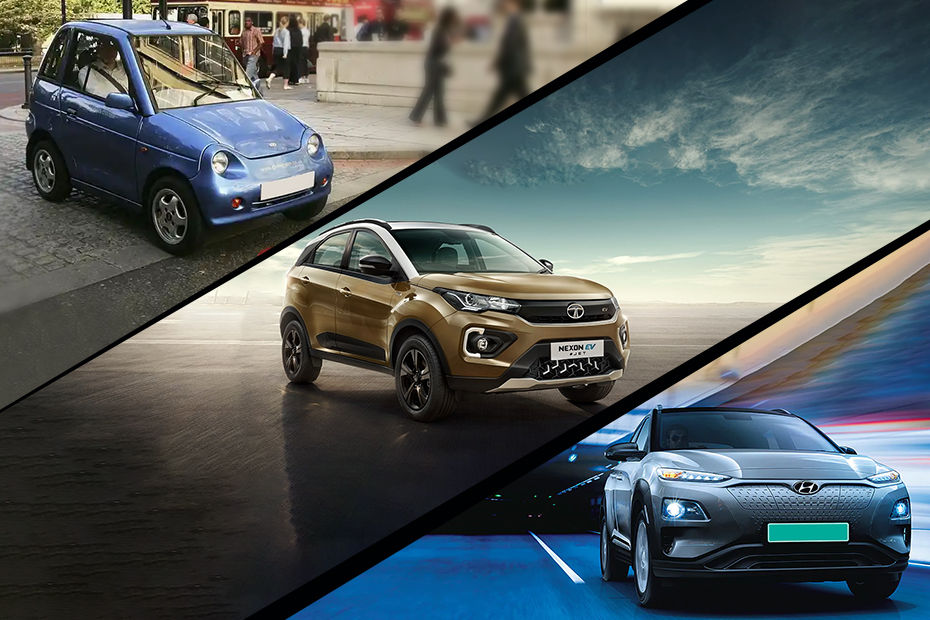 The electric car revolution in India is enjoying immense momentum at this point in time with exponential growth witnessed over the past couple of years. This shift has come about due to a variety of factors such as improvement in EV technology, regulatory incentives and the introduction of relatively affordable EVs. This World EV Day, we take a look at some of the key moments in India’s electrification journey thus far:

The first affordable EV in India was introduced back in the early 2000s by a small firm based out of Bengaluru called the Reva Electric Car Company. It was a micro EV hatchback with two adult seats in front and two child seats in the back. The original model used lead acid batteries and a DC motor producing a maximum of 17.8PS.

It was updated in 2008 and apart from the addition of an ‘i’ to its moniker, it got an AC drive motor that made 17.1PS and a boost button that allowed for a top speed of 80kmph. It also received various safety updates to clear the ARAI crash test at 40kmph. It had a claimed range of around 80km.

The following year, REVA replaced the lead acid batteries with Lithium-ion batteries which reduced charge times, increased range, reduced weight and improved performance. The REVA L-ion, as it was known, came with a claimed range of 120km, but still had a top speed of only 80kmph.

The REVA was sold in International markets as well, most notably as the G-Wiz in the UK. It was even the world’s best-selling EV at one point. India remained its biggest market where it sold the most units in Bengaluru, REVA’s HQ. The company was purchased by Mahindra in 2010 and the successor to the REVA L-ion was known as the Mahindra e2o.

Priced at around Rs 25 lakh (ex-showroom), it certainly was not an affordable EV, but offered a more premium experience and was a practical alternative to ICE models. The Kona Electric is not a mass market vehicle but it set the tone for the improved public perception of EVs in India.

At the start of 2020, Tata launched the Nexon EV, an electric version of its already popular Nexon subcompact SUV. It featured a 30.2kWh battery pack with an ARAI-rated range of up to 312km, the Nexon EV became the first long-range Indian EV. The electric motor produced 129PS and 245Nm which was plenty. Most importantly, the Tata Nexon EV was relatively affordable with introductory prices starting from Rs 13.99 lakh (ex-showroom), before incentives.

It has been the face of EV-adoption in India so far with over 10,000 units sold in less than two years of its launch. It has since been given a few updates including the introduction of a larger battery variant with a claimed range of 437km.

To most people, MG Motor is a new automotive brand that made its India debut in 2019. Despite being a new player in the market, it came as a bit of a surprise when it announced that its second offering would be an electric SUV - the ZS EV. An international offering, the ZS EV also had an ICE counterpart like the Tata Nexon and the Hyundai Kona, but it was the first time a brand chose to lead with an EV instead.

The ZS was launched in early 2020, just a few days ahead of the Tata Nexon EV. Its 44.5kWh battery pack promised an ARAI-rated range of up to 340km with an electric motor producing 143PS and 353Nm. It was positioned as a rival to the Hyundai Kona Electric with a starting price of just under Rs 20 lakh (ex-showroom) but with less range.

Tata unveiled the Avinya as its first offering based on the Gen3 electric-only platform, while Mahindra teased its vision for a dedicated electric SUV lineup called BE. These creations are representative of the EV growth in India, an automotive market that was until recently considered as a destination for outdated imports, is developing its own global offerings.

4 out ऑफ 4 found this helpful