Both SUVs get a three-star crash test safety rating, but let’s find out which one is comparatively safer 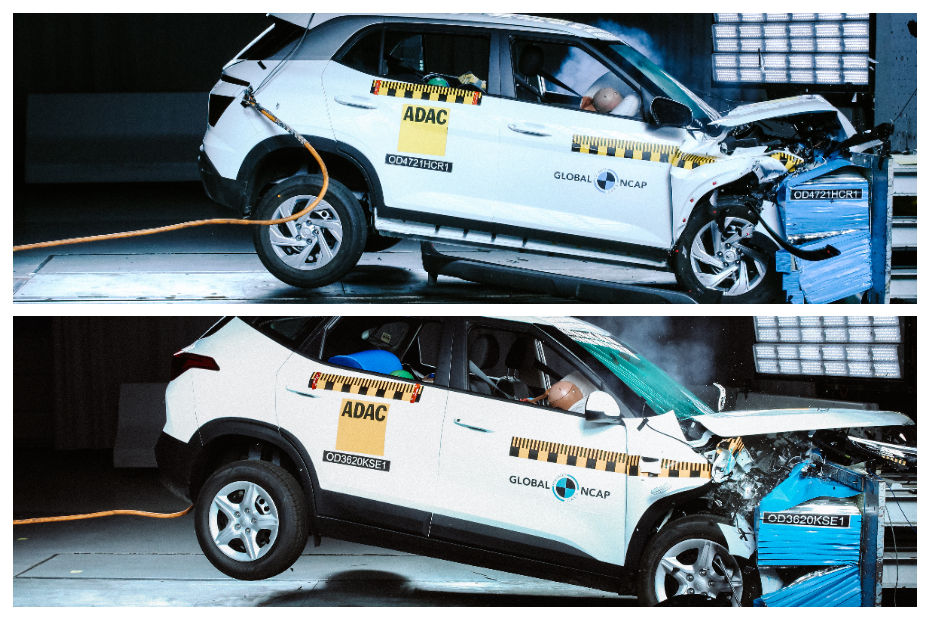 Global NCAP crash test ratings give you an idea of the safety of the passengers and integrity of a car post an accident. The ratings are assigned through a standard test, where the specific car goes through a frontal offset crash at a speed of 64kmph.

In this comparison, we have put the crash test ratings of two popular SUVs - the Hyundai Creta and Kia Seltos. Just like all the other cars, their base variants have been taken into consideration. Here are our observations:

Both SUVs are built on the same platform and use the same powertrains. The differences are limited to the exterior and interior styling, variants and features.

The Hyundai Creta and Kia Seltos have secured an average three-star safety rating in the crash tests. Both of them came with dual front airbags, ABS with EBD, and rear parking sensors as standard during the crash test. However, the recently updated Seltos now gets six airbags as standard.

While the Kia Seltos scores a two-star rating in case of child occupants’ protection, the Hyundai Creta got a three-star rating. Both the SUVs miss out on ISOFIX anchorages and three-point seatbelts for all the passengers as standard fitment, thus explaining their poor rating. The Seltos provided poor protection to the head as it contacted the interior of the car, which is the reason for its lesser score in comparison to the Creta.

This is the most significant part of the crash test as it determines how strong a car's structural integrity is. In this case, both the Creta and Seltos have failed with an unstable body shell, incapable of withstanding further loadings.