The Mahindra Scorpio is one of the popular SUVs in its segment. This SUV is well-liked due to the bold and muscular look. Now the company is bringing the next-generation model of Scorpio. The new Scorpio, codenamed Z101, has been spotted several times during testing. Leaked pictures during testing have revealed a lot of details of the new-generation Scorpio. 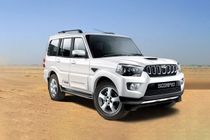