It has travelled around 50,000kms. The positive aspects of this car include its style, safety, performance. But the negative aspect of this car includes high maintenance cost. I had regular problems with the suspension system of this car. I don't know what the service centres are doing but during each service, they said that there is a problem with some part of the suspension. When I had given it for service at 30000 kilometres they told that the car has got damaged suspension bush. When the car is completed 40,000 kilometres I had problems with the clutch also every place that and it cost around 10000 rupees and it was done before the service. On my next service, they told I had to change tie rod end(part of suspension system) immediately and also the clutch which was replaced about 10 months before the service. And, I don't know no why they are charging high cost on the spare parts which I think is of low quality. 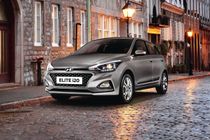