I had purchased my vehicle in End week of October 2015 and after a long time that is nearly 14 months I am writing this honest review on this Maruti Celerio CNG. Believe me that by reaching the end of this article you will have no further query left about this car. As before this Car I was using Maruti A-star, which was in petrol version, and I had exchanged my old A-star for this new Celerio CNG. For your notice I would like to say that CNG kit in this car is fitted by Maruti Suzuki (same as we had already seen in Alto or WagonR). This CNG model comes in VXI Manual Transmission only. This VXI CNG model is missing company fitted stereo, Fog Lights and some basic accessories for which you have to go to outside dealers. Firstly I would talk about price, so the on-road price of this car is Rupees 5,45,000 approx. And as you know that this car is missing with company fitted accessories so I bought accessories for the car from the dealer itself (which is DD Motor, Peeragarhi, New Delhi). In accessories I had purchased One touchscreen Infotainment display of Sony model no. XAV 68BT (Rupees 18,000), and 4 Sony speakers (Rupees 2,000 for full set of four), 1 Pair of Fog Lights (Rupees 3,200), and One Reverse Parking Camera 'without sensors' (Rupees 4,000). Now I would surely like to share about my experience regarding accessories, firstly if you want to buy Sony touchscreen infotainment system then I would not recommend you because it can't be able to run Full HD videos and the video formats supported by it is very limited. Secondly if you want a reverse parking camera then I would like to say that you should buy both that is camera as well as sensors because it makes me very difficult to park at tight places due to absence of distance judging sensors. So at last of this para I would like to calculate the full price of the car which is 5,45,000 + 18,000 + 2,000 + 3,200 + 4,000 = Rupees 5,72,200. Now come on looks, yes you are thinking right that looks differs from person to person, but in my opinion it looks good (that's why I bought it). No doubt that this car look compact from outside but I really get amazed when I saw its cabin, truly saying its very much spacious from inside. The seats of this car is average in terms of comfortable because seats are very thin as compared to Swift or some Ford or VW car's seat. The dashboard quality is quiet impressive and is far better than Alto or WagonR's dashboard. The odometer & tachometer is also improved, and the beautiful thing in that is that it shows the Level of CNG remaining (CNG Gauge) same as Petrol Gauge in that meter. This car is ideal for four persons to sit in but five persons can also sit comfortably if they are not fatty. Now when I opened the boot, you will not believe, I really get surprised by seeing that awesome engineering done in the fitting of CNG cylinder and the position of spare tyre which is made very much easy to access as compared to WagonR CNG model. Though the boot containing a large 9Kg CNG cylinder but don't worry it's not too much tight as you can also place your light luggage like travelling bags, office bags etc. in it. Now it's time to come under the hood, it's having a 1.0 litre engine which generates a power of 58 bhp with 78 N-m torque. Now it's time to discuss the favourite part of our middle class family that is mileage and maintenance. As I am driving it from last 14 months and having a full experience of driving in city jams like Delhi as well as I had also driven it on National Highways and Yamuna Expressway and had taken up 3 Services of the car at Maruti Centre. So the real data based on experience is following : 1. Mileage in city (CNG Mode) : 25 Km/Kg 2. Mileage in city (Petrol Mode) : 17 Km/L 3. Mileage on Highway (CNG Mode) : 30 Km/Kg 4. Mileage on Highway (Petrol Mode) : 21 Km/L 5. Mileage on Expressways (CNG Mode) : 34 Km/Kg 6. Mileage on Expressways (Petrol Mode) : 23 Km/L Now the last term which is maintenance. As I had serviced it after running 10,000 Km (apart from those service which is done initially after one and six month), so after running 10,000 Km, I paid a total amount of Rupees 4,900 which is nearly Rupees 5,000. The service cost of CNG car is nearly Rupees 2,000 more than the Petrol version because it uses Synthetic Engine oil.So you can roughly calculate that for maintenance it is nearly Rupees 5000 per 10,000 Km. At last in conclusion I would like to say that if you are a city driver and want to enjoy little highway trips on weekend then this car is really for you due to its low running cost. It's really very economical as compared to petrol cars and made for those who use car on daily basis and a frequent traveler in cities. Thank you so much for reading this review and I declare that this review is honest and unbiased and all data given are real and experimented by me and I am fully satisfy with this car. 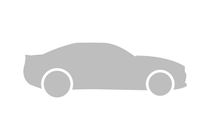 I need to drive mostly on highway for instance i commute daily for about 90-100 kms, my highway usage is 75-80 kms and city driving is 18-25 kms. So is this car great for heavy highway runs?? And is it comfortable for long journeys??

Can you let me know how to use the car in only Petrol and only CNG mode. It starts with Petrol and switches automatically to CNG, but I have heard that we need to run it on Petrol for some kilometers after every 300-500 Kms.

You heard something wrong about running the car on petrol after 300 to 400 Kms. CNG car specialists advice to run car for at least 2 Kms on petrol regularly whenever you start your trip. It will heat up engine properly and will help to reduce engine's wear and tear.