Ford Figo is the best in the class car. Way way better than Maruthi swift. I had owned 2016 swift diesel and switched to Figo, m immensely satisfied now. Those who are willing to buy a hatch don't even think twice go for Ford Figo. You would be absolutely delighted. 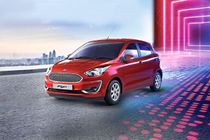