I bought a Mahindra Bolero Power+ SLX in November 2018 from Guwahati, Assam, wherein the dealer took care of all necessary documentation and registration process. My previous car was a Gypsy, and as my first time driving an SUV, I was at first hesitated to drive in busy tight traffic and narrow roads of my hometown as the size differs from a Gypsy. But, the ease of driving amazed me, and without any much scratch, I reached home safely after 55 minutes drive. In 3 and half months, I have covered about 83500 Km, traveling to and fro in the city, on the highway and as well on a steep, bumpy hilly area where the road conditions varied from good, bad to worst. And Servicing is good, no complaints whatsoever, though we have to wait a bit. Driving: Being equipped with a 3 cylinder 1493cc diesel engine, 70hp & 195Nm of Torque; driving the Bolero feels so much surprisingly good though it's not that impressive in specifications. The roads here in Haflong are narrow, steep and often congested. But maneuverability is easy to direct through city traffic, and the engine responded well to bad roads and on steep hilly areas even at low revs. On the open roads, the speed built up is not that quick, it takes its own time, but there is an ample amount of pulling power under that hood. And the engine noise is minimal even at high revs, thanks to its insulation. Other factors like brakes, gear ratio, and pedal responsiveness are OK; not that great, but good. And due to the engine's capacity, fuel consumption is lower than its counterpart SLX 2523cc, though haven't tested in exact numbers, on traveling the same distance in a day on a rural road with fully fueled, the expense on fuel consumption is much lesser in Power+ SLX than of that SLX 2523cc. Riding: It's quite comfortable at low speed. However, the faster you go, even at a mere 60 km, cornering feels like swinging, fairly bouncy with high body rolls and the passenger easily gets motion sickness. But, as already said, ride quality feels good at low speed. So, its drivability is amazing in both city and highway, but maintaining the speed in corners is required for a quality ride. Pros: 1. Low fuel consumption. 2. Maneuverability. Efficient and powerful engine. 3. Ample amount of luggage space, better with a carrier. 4. Good interior space. 5. Enough ground clearance Cons: 1. Materials are not up to the mark at its price tags. 2. Bouncy, body rolls at a higher speed. 3. The fog light is not fitted. Needs extra cash. 4. The audio system can be better. 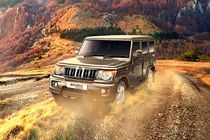