BMW Libra & BMW D India have failed to fulfil their commitments of getting BMW GT 3 series registered & issuing a Registration certificate. I purchased BMW 3 series GT from BMW libra in August 2018. I was given the commitment to get the registration done within 2 months. Post 2 months when inquired the salesman Mr Manish Magoo had already left the organization & Ms Bhawana stopped responding to calls/messages. It was later found out that BMW libra has filed for dissolution & have taken away the registration money. When BMW India was contacted, they gave assurance of help but failed to commit a date by when it will be done & any written commitment that they will get the registration done. After continuous email exchange & call still the picture is unclear. It's sad that brand like BMW fails to step up when needed. Even the BMW loan department is requesting for RC which BMW India is not giving a clear picture on what they are doing other than delaying tactic of giving a future date. 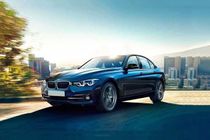