Force One Good SUV But Lacks Brand Value and Dealerships

Force One SUV was launched 7 years back with the notion to give a new and unique offering in the space. The maker of Traveller and Trax utility vehicle took a whole new approach in the segment to give ruggedness of a sports utility vehicle along with providing spaciousness and comfort of a passenger car. But the car so far hasn?t been up to the mark and one of the major reasons behind its failure in the country is the presence of strong competitors in the space in the form of Mahindra Scorpio and Tata Safari. And given how heated SUV space has become in past couple of years, rumours are afloat that the carmaker will be pulling the plug on this car soon. The problem is not with the car, but with the stiff competition it currently contests in. The car has powerful engine and scores well in certain areas including the equipment level. The delights include progressive cruise control, leather interiors, independent air conditioning for occupants on all three rows of seats, parking sensor and brake pad wear indicator. It also has 2-DIN music system with 4-speakers offering CD/MP3, USB, and Aux-in connectivity. However, the lackluster exterior and the stiff pricing have always been against in favour of this car. And top of it, weak brand and after-sales setup has compelled it to go into the abyss of ignorance. Today, customers are preferring established brands and this has forced the Force to rethink about the future of this SUV. 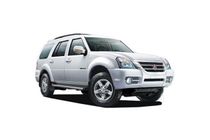 It is a good car for any road as well as comfortable level is best,means everything is best but problem is service center. They r not taking it seriously.so I request work for this pblm first.caris good

I just request you